An Evening with STRAIGHT NO CHASER - Melody Tent

An Evening with STRAIGHT NO CHASER

ARTIST BIO:
Straight No Chaser are neither strait-laced nor straight-faced, but neither are they vaudeville-style kitsch. Straight No Chaser is the real deal, the captivating sound of nine unadulterated human voices coming together to make extraordinary music that is moving people in a fundamental sense…and with a sense of humor. On the road, Straight No Chaser has built a reputation as an unforgettable live act.
If the phrase “male a cappella group” conjures up an image of students in blue blazers, ties, and khakis singing traditional college songs on ivied campuses…think again. 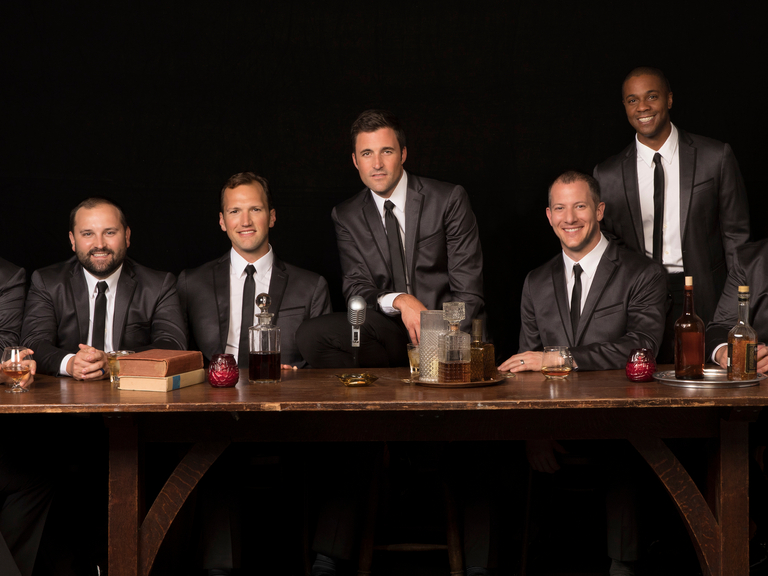 Straight No Chaser (SNC) is a professional a cappella group which originated in 1996 at Indiana University. In 2007, a 1998 video of "The 12 Days of Christmas", went viral with over 8 million views and subsequently led to a five-album record deal with Atlantic Records in 2008. The YouTube video has been viewed over 20 million times. The group formed in 1996 at Indiana University in Bloomington, Indiana. Dan Ponce, Randy Stine, Charlie Mechling, Steve Morgan, Jerome Collins, Dave Roberts, Walter Chase, Mike Itkoff, and Patrick Hachey became Straight No Chaser.